Atmanirbhar Agarbatti Industry : What it expects from Budget 2022

India’s incense sticks (agarbatti) industry is witnessing a significant spike in exports. Incense sticks are exported from India to over 100+ nations. According to estimates of Union Commerce and Industry Ministry, exports are predicted to increase by 15% by the end of fiscal 2021. The industry has been increasing at a compound annual growth rate of 3.6 per cent in the past, but it is now seeing double-digit growth. As per the industry data, India's agarbatti sector is worth close to 1 Billion USD, with exports accounting for over 1,000 crore INR. Despite competition from China and Vietnam, the Indian market has been dominated by the industry's high-quality products.

The Rise of Global Demand

Indian incense stick makers have carved a niche for themselves abroad because of their unique smells and exceptional craftsmanship. Domestic growth is fueled by spirituality, well-being, and prayer rituals, while exports are fueled by the popularity of eastern culture, Ayurveda, and yoga, with fragrance being the most important component.

India now sells agarbatti to several nations, and demand from all over the world continues to grow. The top four importers of our products are the United States, the United Kingdom, Malaysia, and Nigeria. Despite the COVID-19 outbreak, the industry did not experience a significant drop in demand. Factory closures during the nationwide lockdown and the second wave of the COVID-19 epidemic, however, had a considerable impact on productivity.

According to industry players and analysts, the Agarbatti industry is yet to recover from the cascading effects of the second wave, and now consumption has gone up. The industry expects a 15% increase in domestic consumption.

Until 1990, the agarbatti industry was primarily concentrated in Karnataka (90 per cent), with Tamil Nadu contributing the remaining 10%. Today, the sector is spread across the country, with Karnataka and Tamil Nadu holding 50 per cent of the market share each. Gujarat (20%), Bihar (15%), Maharashtra (10%), and Madhya Pradesh (10%) are the other contributors (5 per cent).

Industry with ease of Processing

Because most of the raw components are sourced locally, incense sticks have aneasy manufacturing process and low cost. A few raw materials are imported, primarily from Vietnam, such as joss powder. The most significant quality of incense is its fragrance, which plays a big part in brand awareness. Bamboo is the most common material used to make incense sticks. Bamboo is wild-harvested rather than farmed due to rules governing its use. Following allegations of a considerable increase in shipments from China and Vietnam, the government imposed import restrictions on incense in 2019. Before September 2019, the industry exclusively imported unfinished raw incense never finished products. Even when raw incense was imported, India added 85 per cent of the value.

Nearly four lakh individuals work in the incense sector, with almost 80% of them being women. Semi-mechanization of the raw incense-making process is one of the most significant initiatives that has enabled the workforce. This emphasis on semi-mechanization has aided women in dramatically increasing their daily output. All large and midsize agarbatti manufacturers have fully localised their operations, resulting in numerous job prospects for rural women. A worker produces 30-40 kg of incense sticks every day on average. The Ministry of Commerce placed raw agarbatti imports in the 'restricted category' on August 31, 2019.

The Khadi and Village Industries Commission (KVIC) launched the KhadiAgarbattiAtmanirbhar Mission (KAAM) to make India self-sufficient and aims to provide opportunities for jobless and migratory workers across the country, as well as significantly expand domestic Agarbatti production. The KhadiAgarbattiAtmanirbhar Mission project was designed on a Public-Private Partnership (PPP) basis to assist private producers in scaling up their incense stick production in the country. KVIC equips the artisans with Automatic Agarbatti Making Machines and Powder Mixing Machines as part of the scheme. The machines are made locally and distributed to the craftspeople through independent Agarbatti makers. A 5% subsidy on the cost of the machines is also included in the scheme. The remaining 75% is recovered from the craftspeople in convenient monthly instalments. The raw materials for making incense sticks are provided by private company partners, who also pay the workers' daily compensation. The project has been hailed as a major step toward realising the Atmanirbhar Bharat objectives. Increased import duties and the implementation of KAAM will enhance agarbatti manufacture in India, create long-term jobs, and close the vast gap between incense stick demand and production.

First of all, the industry expects that the government acknowledges the issues faced by MSMEs as a majority of Agarbatti manufacturers come from this segment. In the last year’s Budget, the industry had expected that the government would consider giving 50 per cent additional weightage for Atmanirbhar allowance under the Income Tax Act on the cost of materials needed, as well as manufacturing expenses incurred in making raw incense. For FY 2022, this would give a boost to the industry.  The industry players, especially MSMEs believe that a promotional policy framework with tax incentives would provide significant relief to minor units that have lately begun efforts to make the industry self-sufficient and entirely indigenous.

To provide further momentum to a foreign exchange earner industry, the government needs to consider investing in infrastructural support, such as by establishing dedicated state warehousing facilities and making them available at reduced rates. The sector also anticipates budgetary support for the establishment of common facility centres for the production of bamboo sticks from strips in identified states' districts and taluka headquarters. 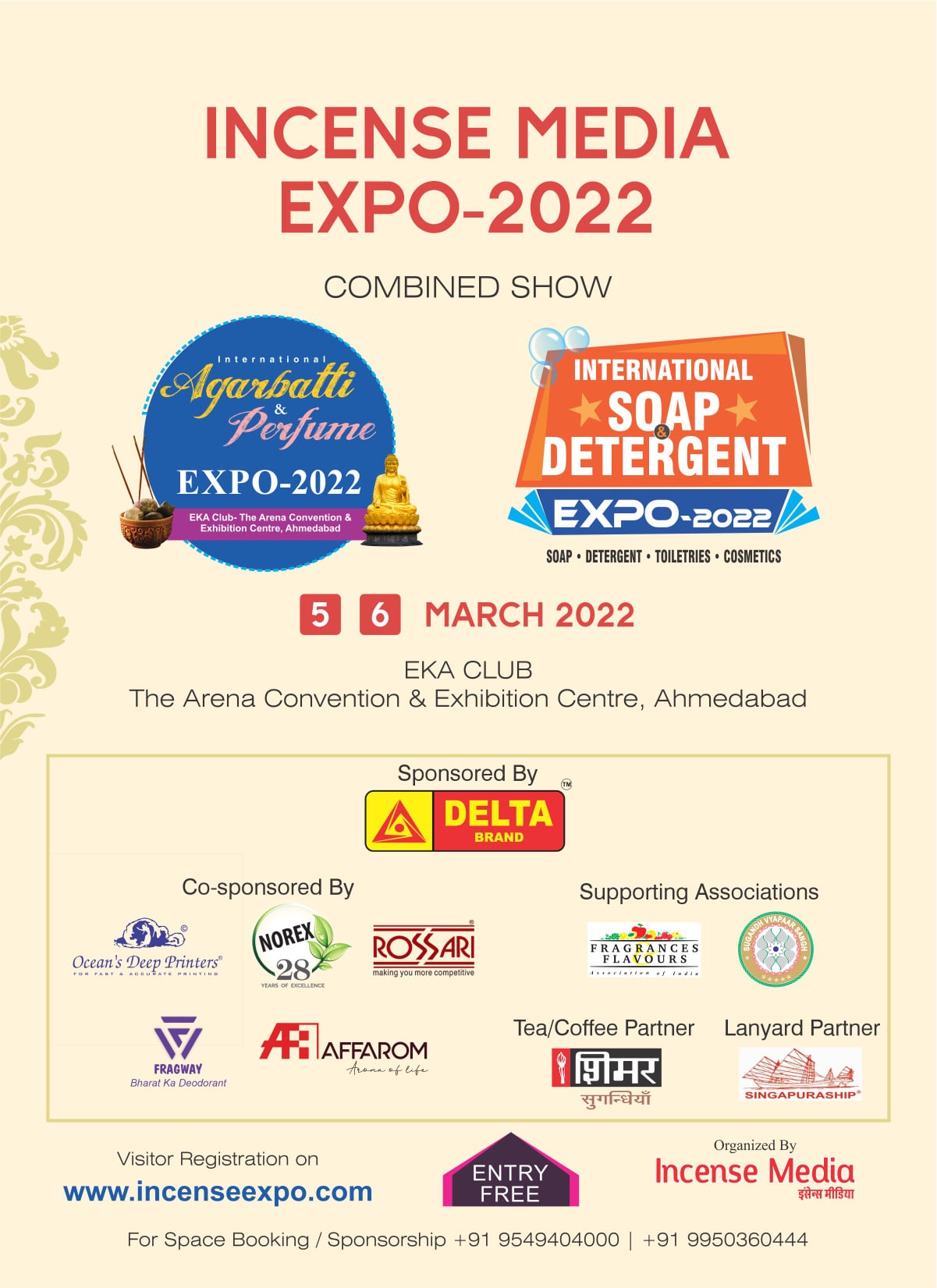 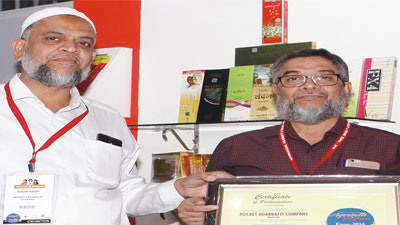 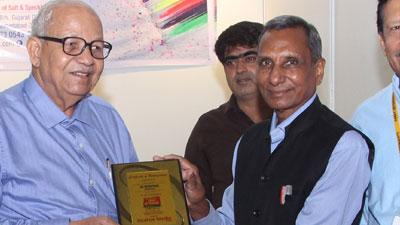 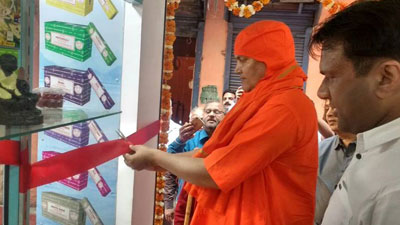 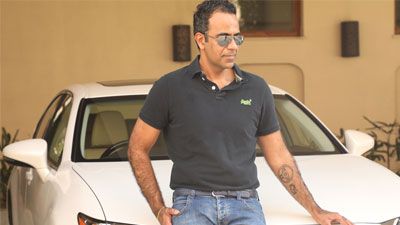 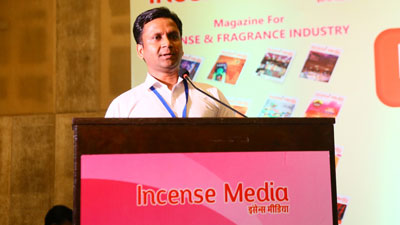